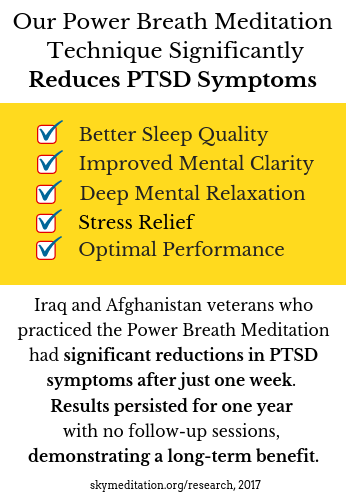 Despite advances in traditional therapy and drug-based treatments, a recent study shows that only 50% of patients who complete such treatments recover (Ballenger et al., 2000)! There is a critical need for alternative approaches to the anxiety, trauma, rage, sleeplessness, and other side-effects of war. More and more VA hospitals and community veteran centers are turning to mind-body practices such as breathing, yoga, and meditation. Preliminary research results are promising and many veterans claim that these practices have been extremely helpful.

The Power Breath Meditation Workshop is a mind-body resilience-building program for returning veterans. A cornerstone of the Power Breath Meditation Workshop is the SKY (Sudarshan Kriya Yoga) Practice, a set of breathing techniques. SKY has been shown to reduce anxiety, depression, and stress, and to increase self-reported optimism and well-being (Brown and Gerbarg, 2005; Kjellgren, Bood, Axelsson, Norlander, & Saatcioglu, 2007; Janakiramaiah, 2000). One study suggested that SKY may be effective for PTSD in particular. Patients with PTSD stemming from the 2004 Tsunami benefited equally from SKY alone as from a combination of SKY and exposure therapy when compared with a wait-list control (Descilo et al., 2009). SKY has even been shown to positively impact rapid gene expression alterations (Qu et al., 2013).

2 recent US-based studies suggest that SKY may be particularly useful for PTSD, anxiety and depression:

1. In a randomized controlled study of veterans returning from the war in Iraq and Afghanistan, Stanford University psychologists found that SKY significantly improved anxiety and trauma symptoms immediately after a 1-week intervention, 1 month after the intervention, and 1 year after – suggesting long-term improvement. The greater the veterans’ improvements in hypervigilance, the less the veterans showed physiological startle to a loud sound (Link to full study here)

2. In a randomized controlled study of patients with Major Depressive Disorder, University of Pennsylvania psychologists found that SKY significantly improved depression and anxiety after 8 weeks (a 1-week intervention followed by a weekly group practice and daily home practice for 7 weeks).

Breathing exercises may be counter-indicated for certain health conditions. In these cases, our instructors are trained in teaching alternate and adapted versions of the exercises. It is always advised to check with your health provider when engaging in any new change to your health regimen. 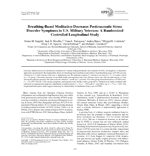 New research offers hope for those suffering from post-traumatic stress disorder. Researchers there have shown that a breathing-based meditation practice called Sudarshan Kriya Yoga can be an effective treatment for PTSD.

Yoga for anxiety and depression

Research by Stanford scholar Emma Seppala at the Center for Compassion and Altruism Research and Education found that post-traumatic stress disorder decreased in veterans who participated in a weeklong breathing, yoga and meditation workshop, and remained lower a year later. 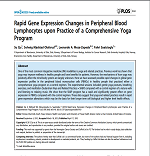 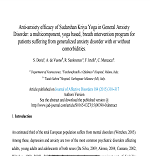 Disorder: a multicomponent, yoga based, breath intervention program for patients suffering from generalized anxiety disorder with or without comorbidities. 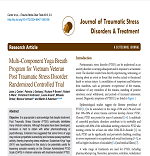 Send Us a Message

Our friends at the Veterans Crisis Line are available 24x7.

A look inside the Power Breath Meditation Workshop - Veterans share their experience.